If you’re caught in the snowy weather trapped indoors to shelter, recovering from a mad Christmas or hiding from relatives then let your imagination wander. I’m rocking my elf side walking on low lying walls guiding my horse along after being inspired by Somnium’s latest creation, the Aemond set, and I love his tooled leather finish which catches the light. This comes in several colours and of course can be worn quite easily with other themes.
This outfit for now is just for the guys, but if you’re confident with changing female shapes it works fine on flatter female bodies – grab a demo and experiment. 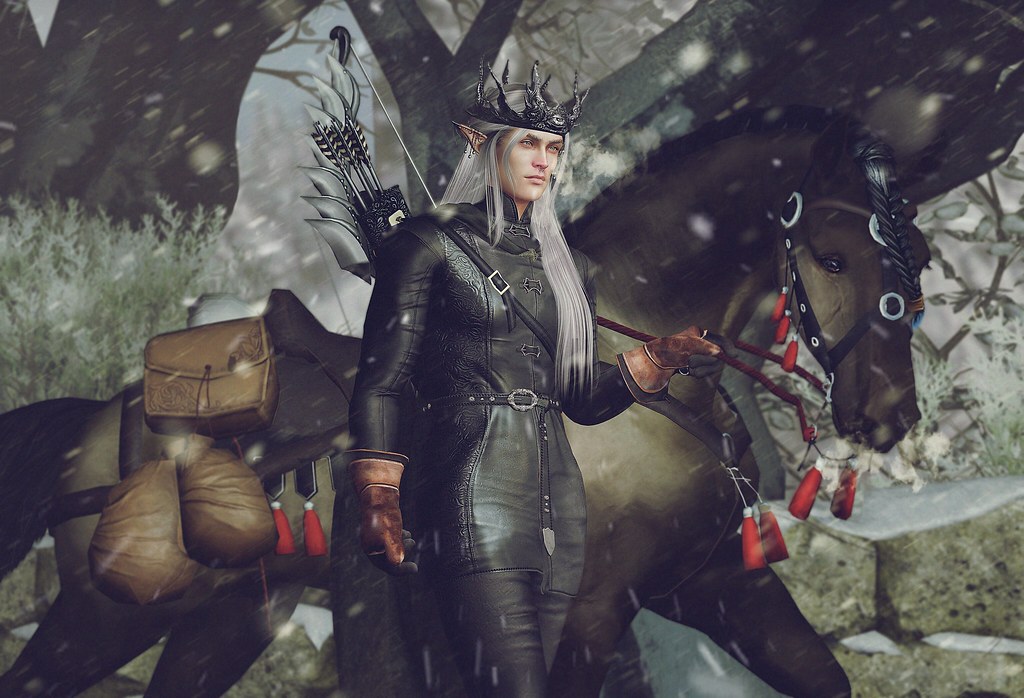 Horse equipment all by Teegle.
Backdrop from various Fundati kits.