What a wonderful time of the year eh? I have been digging around, and I found some fun mesh heads I had from when I use to help run Horrorfest, was back in the 2013 days! haha. I’ll probably be featuring all these heads, as they are still on the grid, and are well made.

The Fifty just opened, and with it a whole slew of new fall and halloween themed items. The hair by Moon is a rather understated doo, that has wind options to make it look a little bit crazier than what I chose for this photo. Who has wind in a boudoir?

I also have a good number of items from Nightshade included in this post. Nightshade is new to the grid, a once a year event that offers a 20% off exclusive in every booth! 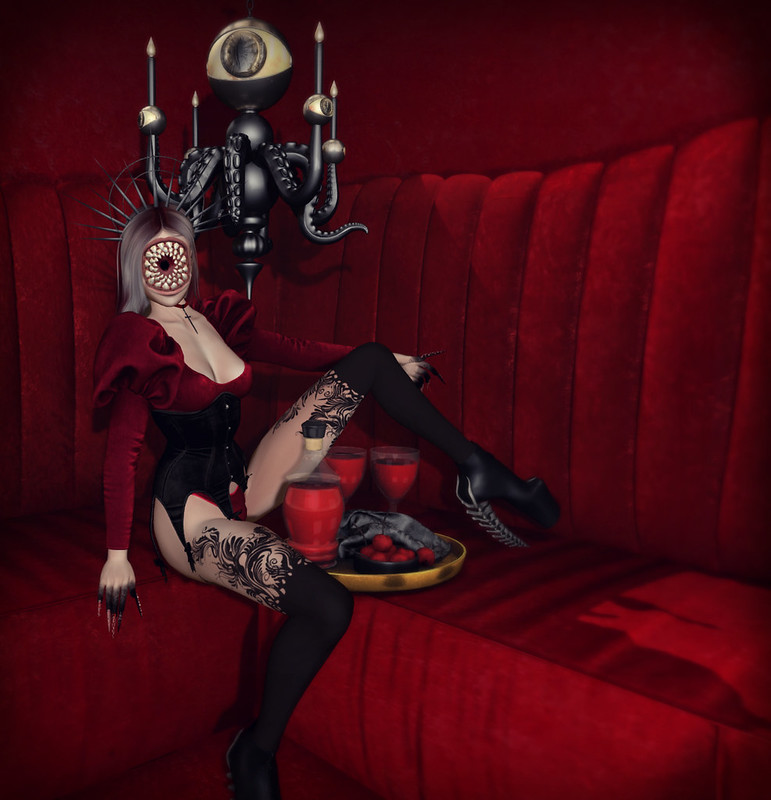 Decided to do a closer shot, so you could see how cool these nails are. They have skeletons and eyebawls and blood. They are super long too, which is sort of fun to play with from time to time.

Also new at Nightshade, is this choker from The Annex. The cross pendant is just long enough to fill in some space, which was perfect for the loo I was trying to create. Not sure if my creature needs a cross, but who knows, whatever she is, she obviously still has faith. 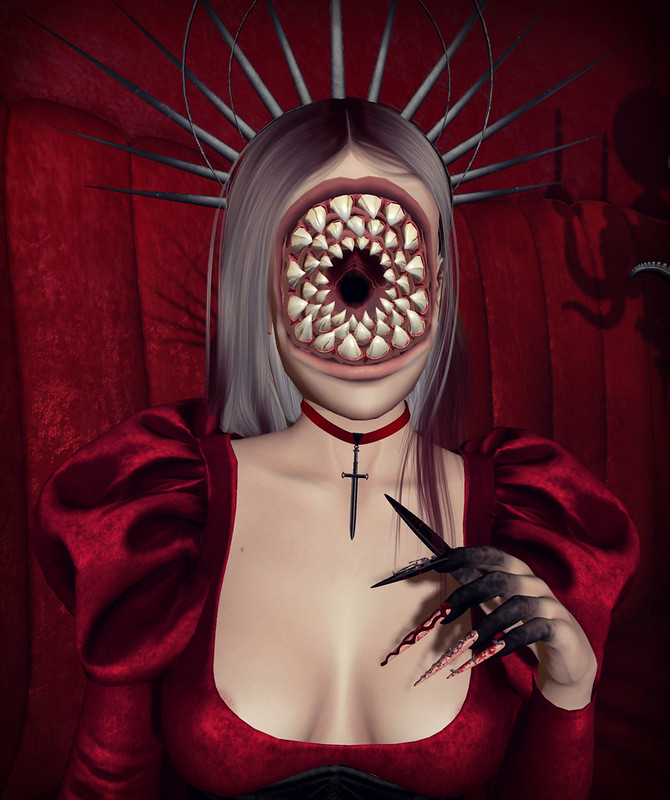