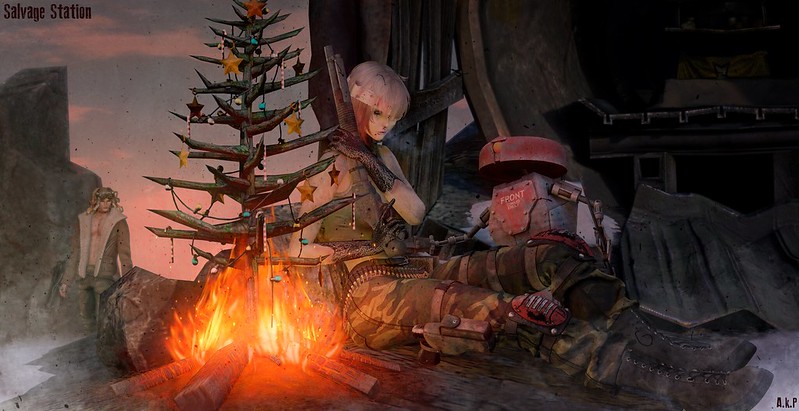 “A cold blast of wintry cruelness blew into her tiny metal shelter hobbled together of the few thing left intact in the god-forsaken frozen wasteland. Although she knew it was dangerous, lighting a fire could attract killers or rapists, but it was Christmas Eve damn it. What did she have to live for, all alone like this? She built a twig tree and hung makeshift ornaments on it.
Happy memories of her childhood living along the banks of the Mississippi came flooding back. She knelt before twig tree, set it on fire, and prayed, “Papa Noel, …with this light I call to you. Bring kindness to a lost soul on this special night.”
The warmth against her cold exposed flesh felt good. Would this be the last fire she would ever enjoy, or by some miracle would a companion come to rescue her from this loneliness?”
Story by DevinVaughn 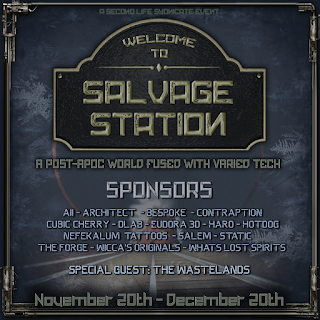 Teleport to Salvage Station in SL

Wish upon the dying stars