Oh look, something more than just credits here….
I had to do a whole separate thing for these ears because they are epic af.
I had never heard of Soleil et Lune until the blog pack popped up in the blogger room for Fantasy Faire this year, I went and checked out their stuff afterwards and I can say I’ll probably be buying more there.
I love me a good pair of ears and when I see elf ones, with tint options, piercings and tattoos?
Yeah, I’m grabbing them.
So, here’s the run down on the ears and everything you get.
They’re rigged ears, meaning you can’t move them or edit them, though they rig right to the ear space so, they worked well with the LAQ Scarlet head. They aren’t Bento animated either, so they’re not gonna move.  They have 22 different skin layers utilizing aux layers (modifiable as well), with this being said, it was still kind of hard to get them to match up with my Lumae skin. I edited them outside of SL a bit to get them to match up right, but they still get pretty close. You get the base ears and skin tones for 350$L, and all the skin tones are on BoM layers, and tintable.  The piercings are rigged to the ears and include black, gold, and silver options for 200$L. Tattoos cost an extra 150$L and are also on BoM layers and include 5 different options.
You can fat-pack everything for 600$L with proceeds from those sales going to RFL. 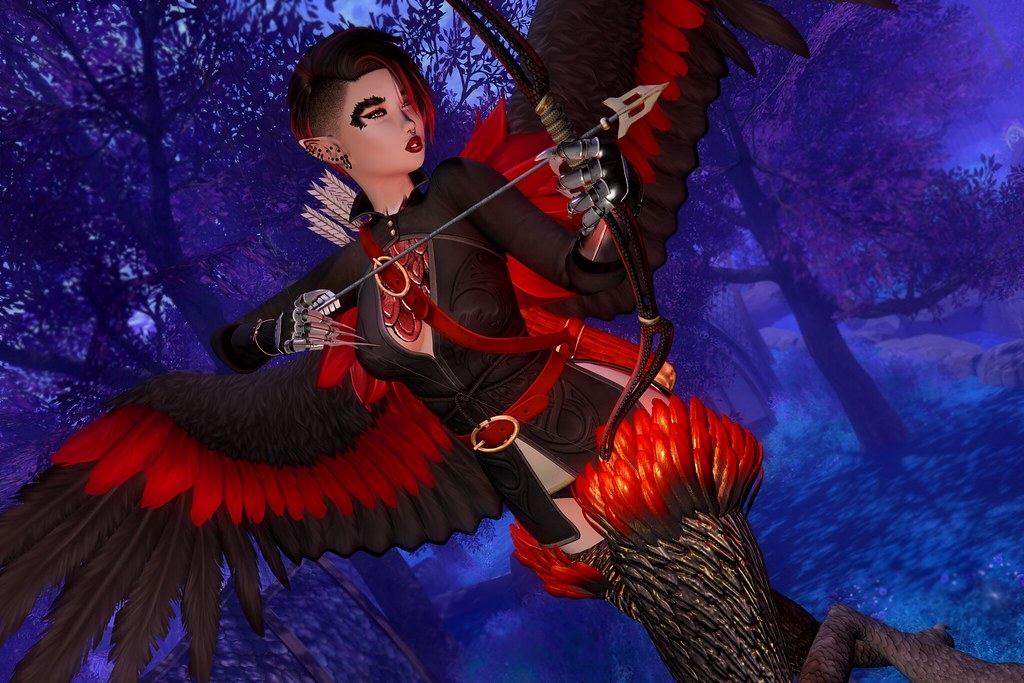 Also, I’m in love with these harpy legs from Jinx. They aren’t new but, I really loved them.
They fit just about everyone, and are highly customizable. Even includes a little AO for fun stands.
___________________
The sim this was taken at is one of this years Fantasy Faire sims, called The Wandering Woods.
“Saints and warriors, airborne or earthclad, living flame or flowing water, are all welcomed here on their journey into dream. Explore the mysteries of The Wandering Woods, where the Spinner of the Threads of Life gathers all into the eternal spiral of being — ever growing, ever reborn, from brilliance to shadow and back again.”
I really love this sim, it’s very relaxing and kind of reminds me of Ardenweald in World of Warcraft. I’m still waiting for a centaur or a satyr to pop out somewhere. 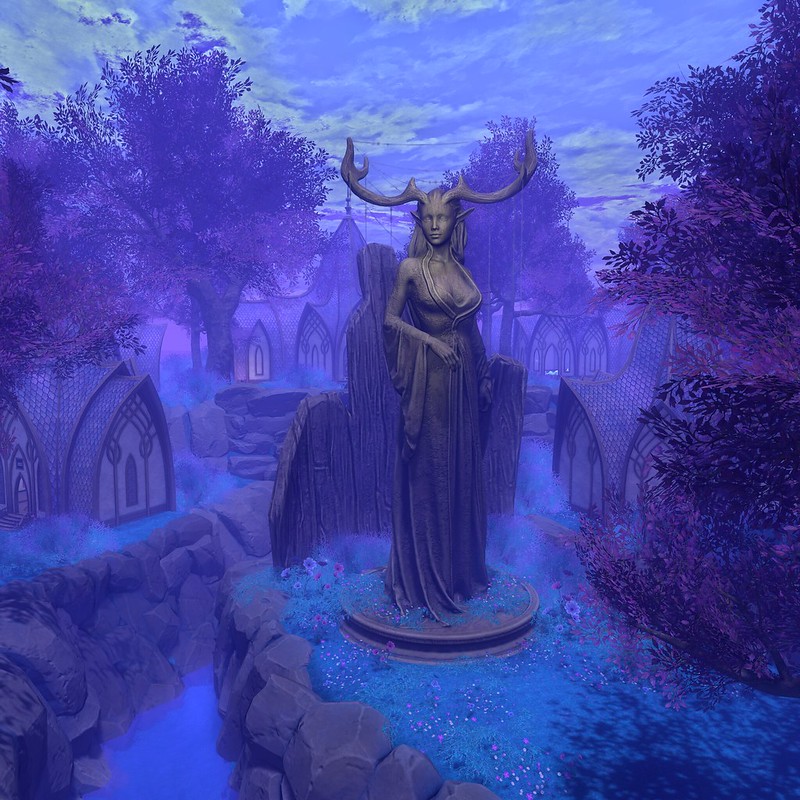