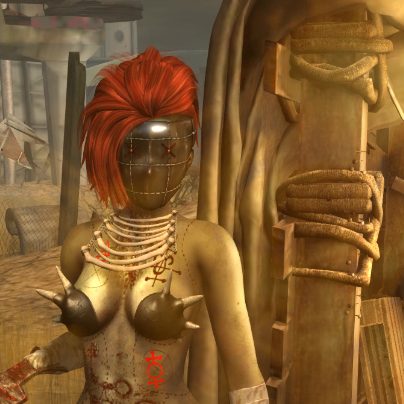 When you aren’t entirely real, in the normal sense, people can easily forget about you. You can even forget about yourself. Time means nothing, as your body can’t degrade. In a blink of an eye, 100 years have past, and you try to remember what you were doing the last time you were cognitive. It can be rather startling to come to, and find yourself missing parts.

I wasn’t entirely sure where I was, but it definitely wasn’t my ship, and Helena was nowhere to be seen. Something scuttled over the the corner, and I could feel my nanites working away at stopping up the ends of my arms, where hands use to be. I was a ship’s avatar, tho my captain always said I was more ebil than anything. Did she exile me to this situation? Initial scans told me it was a somewhat inhabitable planet I was on, with many lifeforms and plantlife. What scuttled near me didn’t have any organic readings though. I identified it as being a low level robot. Digging deeper into it’s internal software, I find that it has the function a Melee Robot, but appears slightly damaged. Not wanting to fuss too much with things, I hijack it’s internal systems.

My new “Friend” comes over, and I see why it is called a Melee Robot. It has long, knife-like digits on each hand. Definitely weaponized, and will be of use as I discover what has happened to me, and why I am on this planet. The Robot scans me as he comes closer, noticing my lack of hands. He rummages around the area we are in, which looks to be an underground dwelling, much like a bunker. He sets to sharpening some metal fragments he has found, while my nanites try to repair what they can. My systems we on sleep mod for too long, so there isn’t sufficient nanites to recover my hands at this point. I’ll have to get access to some resources, to help build them back up and gain my hands again. 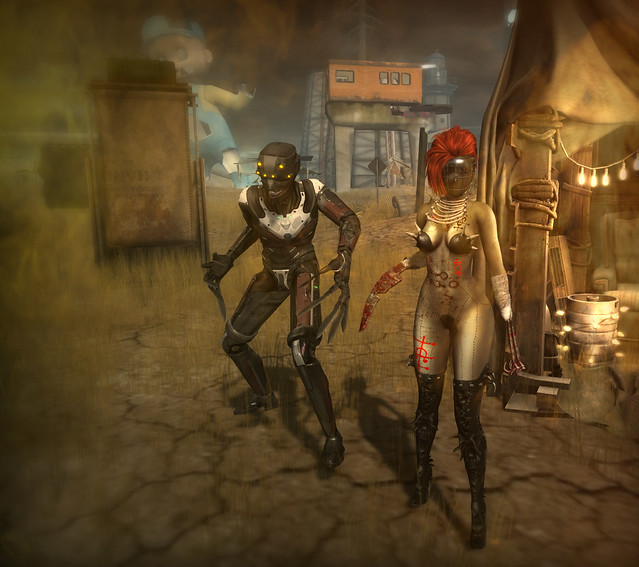 As I did more internal scans, the robot, who decided to I name Carni, worked away with his metal bits. I wasn’t totally sure what he was doing, but at least he was not making annoying sounds in the dark anymore. My internal scans didn’t show anything too out of sync, though I have been in sleep mode for far longer than I would have liked. I could find no additional information on how I came to be on this forsaken planet, nor what happened to my captain, ship or crewmates. Last I self logged, I had just put everyone into stasis for our long journey back to our homeworld, Troii. So much time has past, there is a bit of worry that crosses my mind, as I think of the Troiians. Time doesn’t hit them like most organic lifeforms, but they aren’t immortal, and stasis only works if the ship itself is in good order. I definitely had a disconnect there, and could not feel any sort of signal to the rest of my form. It was mildly disorienting.

Sometime in the night, Carni finally comes near me, sporting his metal project and some organic matter much like cotton, made into strips. He clicks at me, and gently takes up my arm. Setting the metal to my nubbed arms, he sets to lashing the material around for support. Seeing what he is up to, I delegate some of my nanites to help further support the work he is doing, fusing me to the metal. The effort tells me there is a need for this sort of thing on this planet, and scans did indicate a rather large assortment of creatures out and about in the night.

I am not totally sure if that is why he was made, Melee feels more like word for war, than for protection, but he is mine now, and has proven to be useful. There was more clicks from him, as he started to back way to a flap of sorts, sporting stairs on the other side. I follow him, and up we go. Taking a first look to the world above, I am left unimpressed.

The surface is littered with debris, with rolling brownish green gaseous dust clouds. Now out from under the earth, the sounds are robust, with what sounded like a bombardment of missiles landing on target. In the distance I could see flashes and fire. Carni sees it too, and gets into a crouching stance.

I wasn’t sure why I was on this forsaken planet, but with my new friend in tow, I was going to make sure I found out 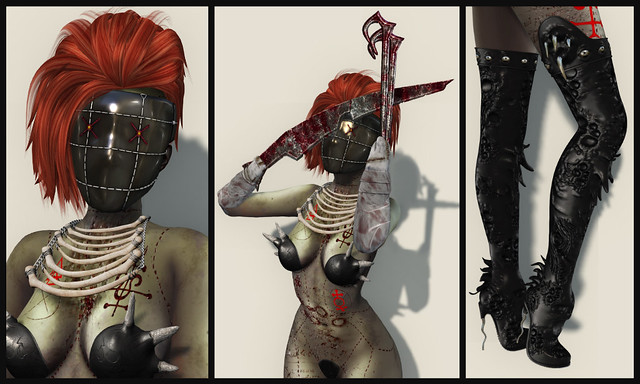 There isn’t man days left for Necrotize, so if you want to have a visit, as the next one doesn’t happen for another year, you might want to pop over right soon. The End Date is November 20th, and there are many unique items, special editions, and event only group gifts.

Hair is from Adoness and the necklace is from Moon Elixir. L$1 group Gift Head from Logo, tho you can’t see it, haha. 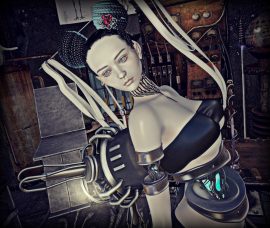 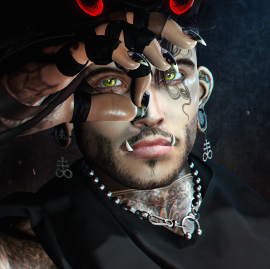 I see and I remember 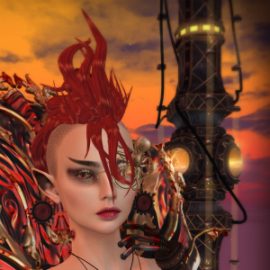 Engine Room – Along She Comes