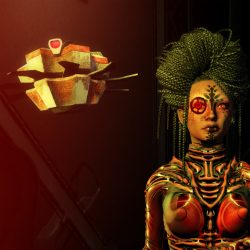 Many years have gone by since her people have been on their homeworld. Necessity sent them adrift in space, a dying planet, an unneeded war. Over time her people adapted and evolved. It was not easy in the least, and things did fail more than not.

One of the more interesting successes was the integration of organic alien compounds to their bodies. Almost like armour, but also a living thing of sorts. It could sense the wearers needs, and transform into more unique versions of itself, for varying periods of time.

This alone has helped them climb back to the top, and not be so scared out in this vast space they now call home.

Necrotize is still open, with many interesting items to be had. You have until November 20th to visit the event. There are many Second Life Syndicate Group Gifts (Free to Join) as well as Halftime Deals still out. Necrotize only happens once a year, so it is a bit of a wait until the next one, if you haven’t stopped by, it is best that you do really soon! 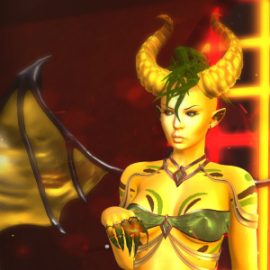 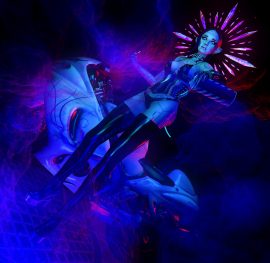